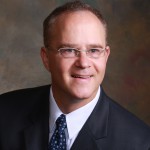 Professor of Neurology at the University of California, San Francisco

Dr. Michael Geschwind is a Professor of Neurology at the University of California, San Francisco, where he does clinical research on rapidly progressive dementias, including prion disease, as well as Huntington’s Disease, Spinocerebellar Ataxia, and atypical Parkinsonian disorders.

He began his medical career at the Albert Einstein College of Medicine where he received his M.D. and Ph.D. in neuroscience. He completed his internal medicine internship at UCLA, neurology residency at the Johns Hopkins School of Medicine and fellowship in neurobehavior at the University of California, San Francisco (UCSF) Medical Center, Memory and Aging Center, where he stayed on as faculty.

As part of an NIH grant with Dr. Stanley Prusiner, Drs. Geschwind and Bruce Miller completed the first ever treatment trial for sJCD in the United States. Although the results of this trial did not show that the drug quinacrine prolonged survival, the data collected on the course of JCD will be invaluable for future treatment trials. At UCSF, Dr. Geschwind supervises a clinical and research team studying and treating prion diseases; they evaluate patients from all over the U.S. as well as from other countries. In his research efforts, he has realized that unless diagnosis is made earlier, any potential treatment might be too late. Towards this goal Dr. Geschwind has received NIH grants to identify specific clinical, laboratory and imaging findings that will allow for earlier diagnosis of human prion disease. He was a member of, and now consults for, the U.S. Food and Drug Administration (FDA) Advisory Panel on Transmissible Spongiform Encephalopathies (TSEs). In 2013, Dr. Geschwind joined the National Organization for Rare Disorders (NORD) Research Hall of Fame for his work on prion disorders and other rare dementias.